Where to Find the Bluest Water in the World 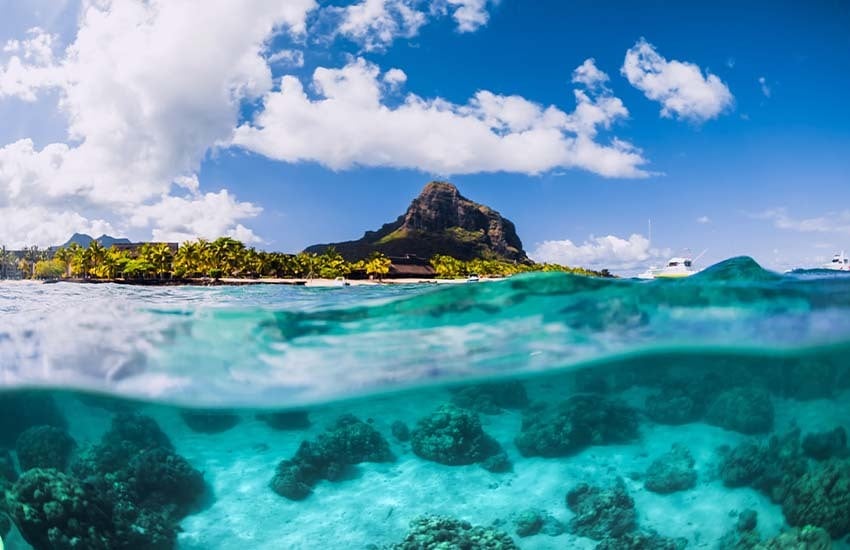 Honeymoons, family vacations, or just because – no matter the occasion, the image of your dream getaway likely includes clear turquoise waters. And while beaches can be enjoyed in endless parts of the world, only a select few offer what dreams are truly made of. We’ve searched the globe and gathered the most stunning destinations with the bluest water in the world.

17 Destinations with the Bluest Water in the World 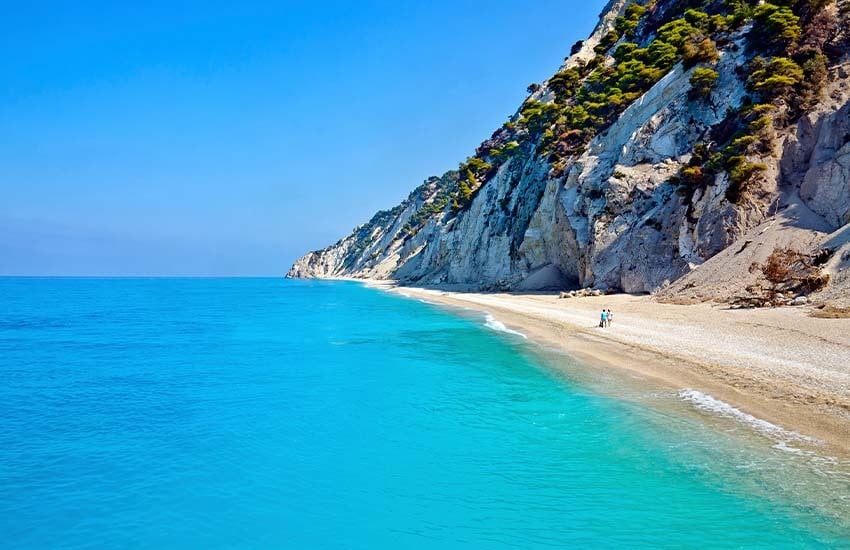 Despite being one of the most remote beaches in Europe, Egremni Beach is one of the most popular destinations to enjoy some of the bluest water in the world. Flanked by towering cliffs, the often overcrowded beaches still possess a feeling of seclusion. The beach used to be accessible by 350 stairs leading to the white sand. But, after an earthquake destroyed the stairs a few years ago, beachgoers have been forced to travel by boat. 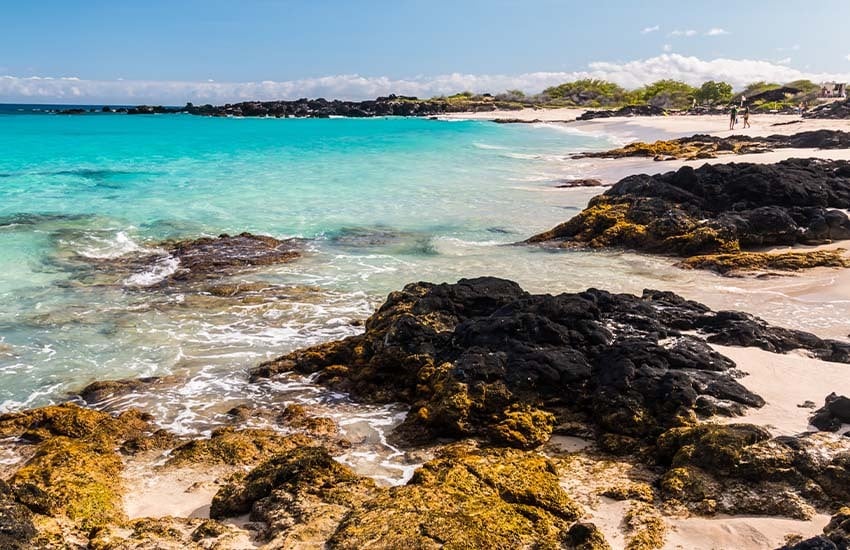 For an exclusive beach day, head to Manini’owali Beach, or Kua Bay, on the Big Island of Hawaii. Aside from its powdery sand and clear waters, the bay is also known for its abundance of wildlife. And on an especially extraordinary day, you may even see dolphins and sea turtles swimming along the water’s edge. 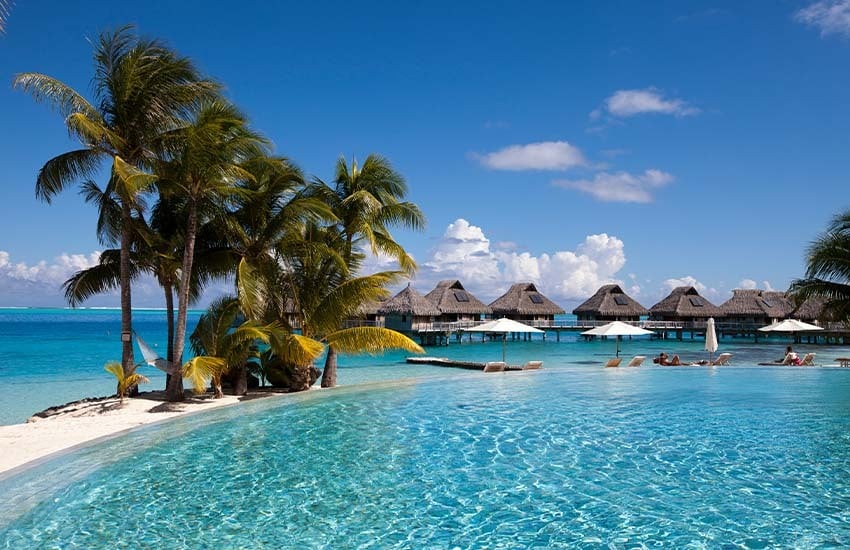 Spread across 118 islands and atolls, French Polynesia is one of the most unique territories in the world. The warm waters of the south-central Pacific Ocean are home to some of the most vibrant coral reefs and biologically diverse ecosystems. And thanks to its crystal clear waters, it’s one the most popular locations in the world for diving, snorkeling, and other water-based activities. 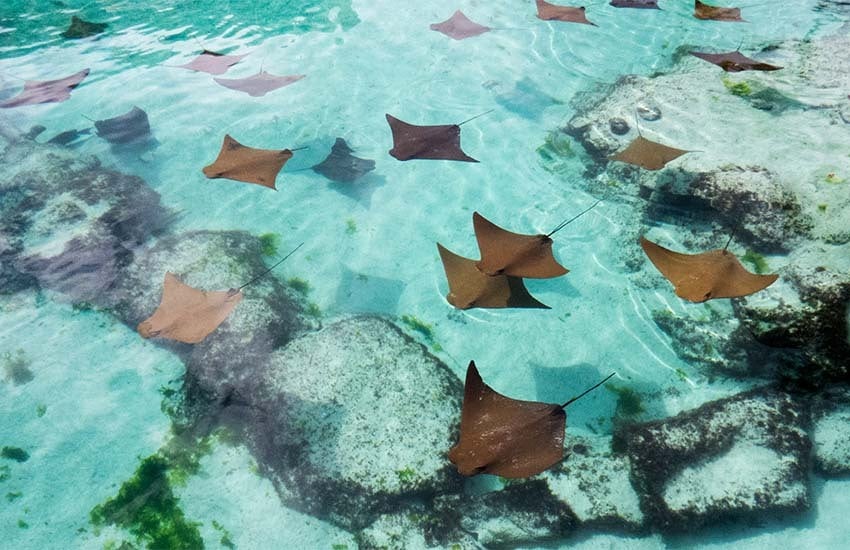 There are several stunning beaches throughout Nassau and all boast pristine white sand and turquoise waters. Whether you’re taking a sunset stroll, spending a day snorkeling, or simply sunbathing for a few hours, the warm blue waters of the Atlantic will leave nothing to be desired. 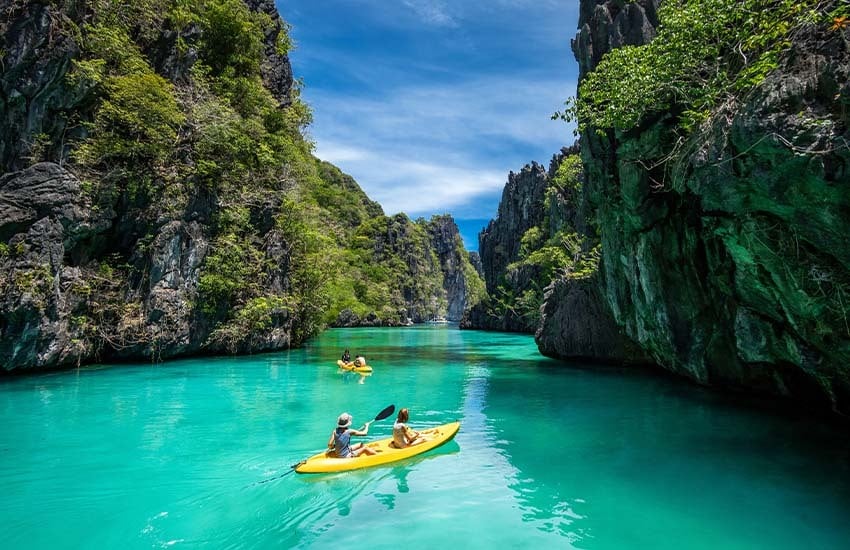 Palawan is an archipelago of 1,780 islands on the western side of the Philippines. The little slice of paradise leaves visitors raving over its turquoise waters and white-sand beaches – a stark contrast to the jagged limestone cliffs dotted throughout the water. Palawan is also known for its extraordinary wildlife including hundreds of bird species, exotic fish, and endangered sea turtles. 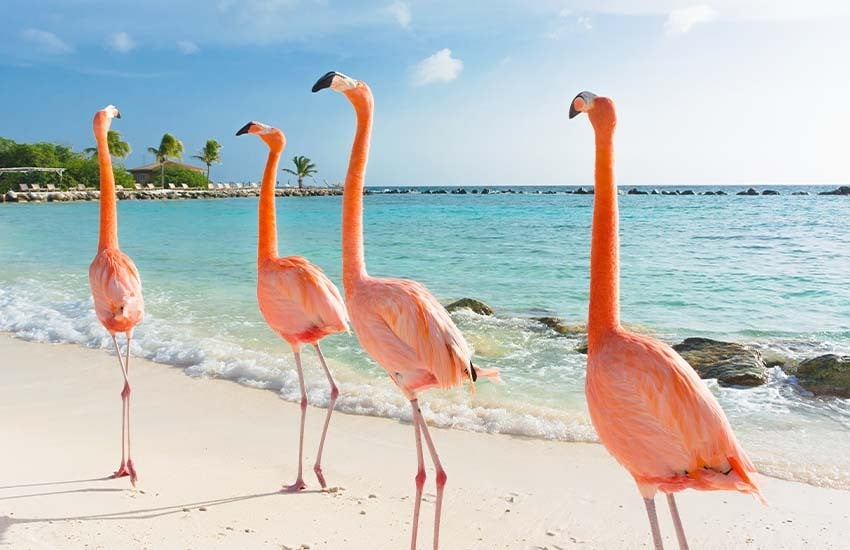 Nestled on the western side of Curacao, the turquoise waters of Grote Knip Beach offer some of the world’s best snorkeling conditions. Nearby coral reefs offer much to explore and Grote Knip remains a popular weekend destination for locals and visitors alike. 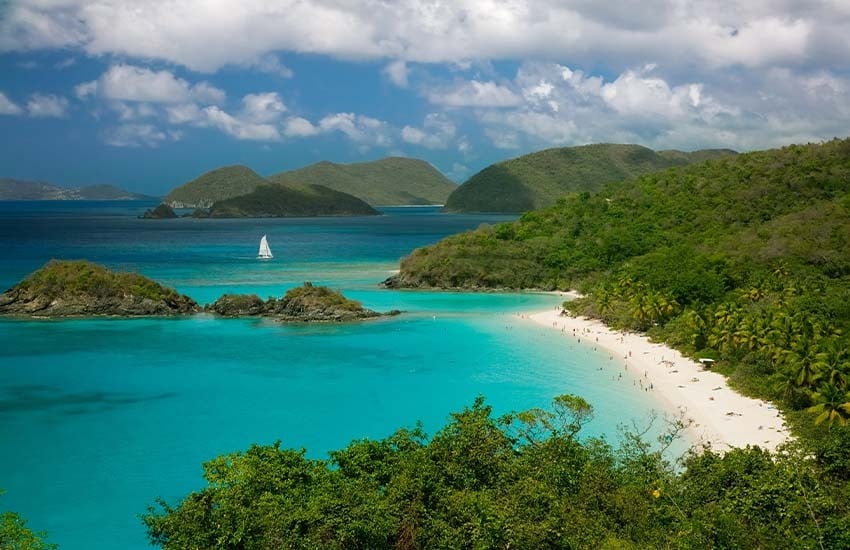 Trunk Bay is a pristine beach located in the Virgin Islands National Park. It’s named after native sea turtles that are often referred to as “trunks” by locals. In addition to a quarter-mile of soft white sand, the beach also boasts a snack bar, restrooms, a wide array of rentals, and more. 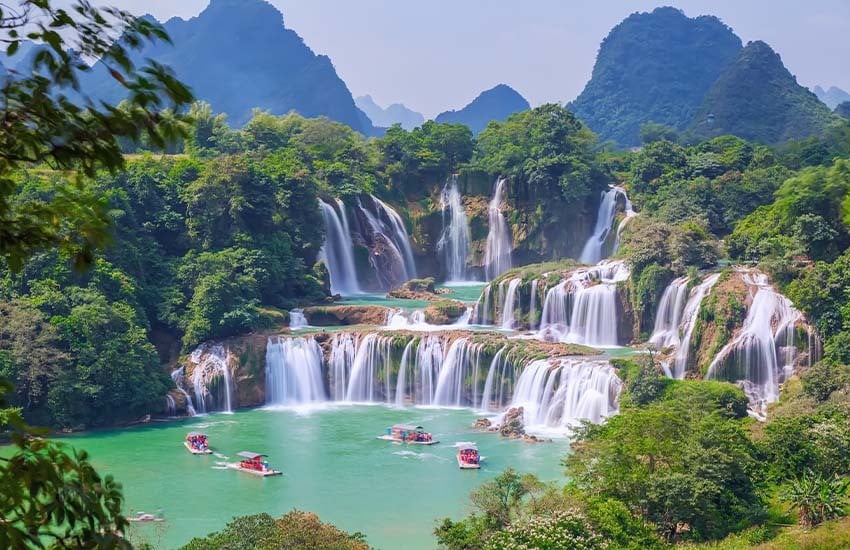 Sprawling across 74,000 acres in central Croatia is the country’s largest national park: Plitvice Lakes. Naturally formed travertine barriers have separated the area into 16 terraced lakes connected by several waterfalls. The area is easily explored by hiking trails, walkways, and boats. 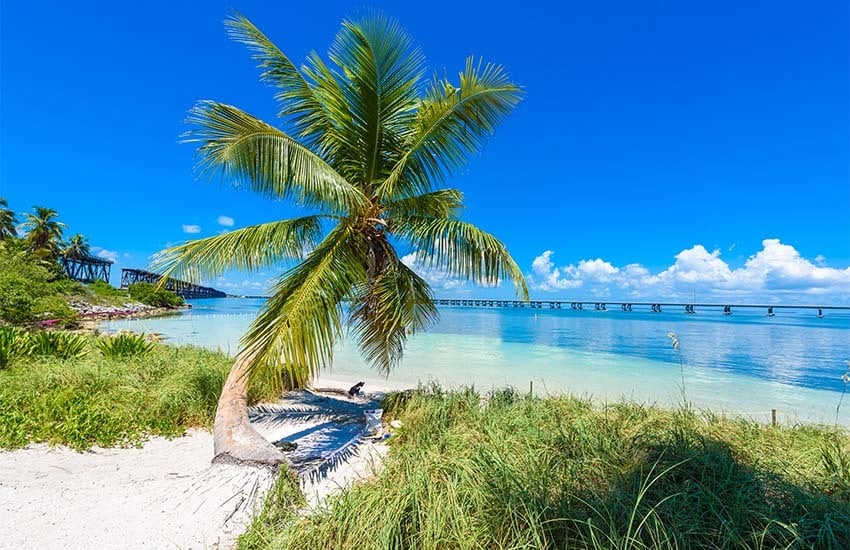 With towering palms and luminous waters, Bahia Honda State Park is one of few places in the continental U.S. with some of the bluest waters in the world. Depending on the tide, a massive sandbar allows you to walk some 100 yards into the ocean. And if you’re looking for even more adventure, snorkeling and kayaking rentals are available in the area. 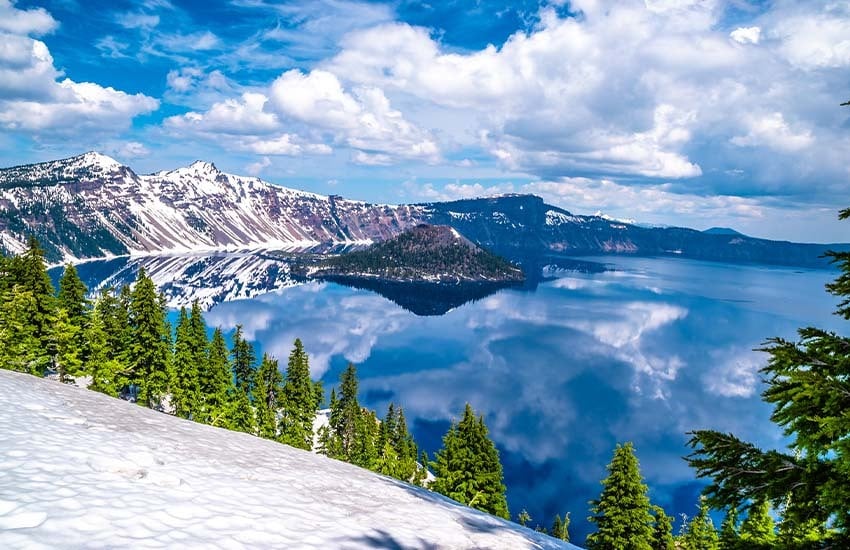 The bluest water in the world is most often found along the coast. But, Crater Lake is certainly an exception to the theory. Sustained by rain and snow, Crater Lake is the deepest (1,943 feet) and purest body of water in the U.S. It was formed almost 8,000 years ago when Mount Mazama, a 12,000-foot-tall volcano, erupted and collapsed. 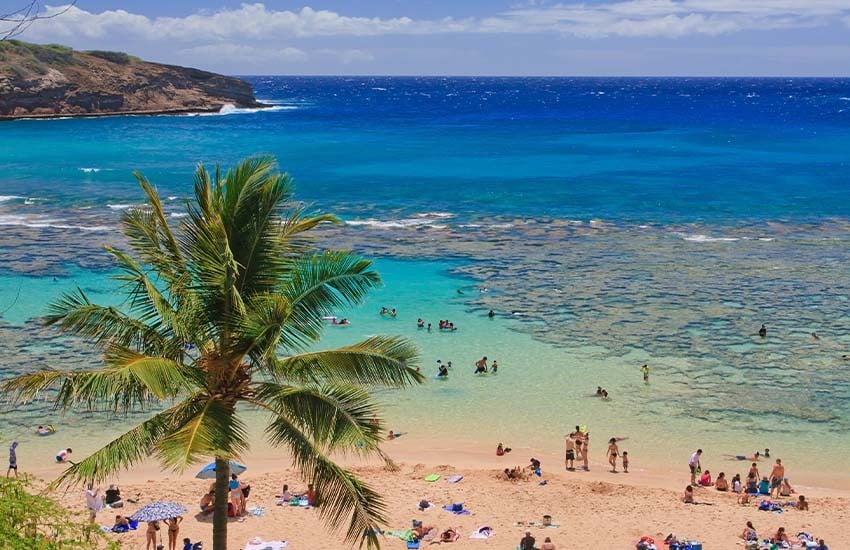 Over the past decade, Hanauma Bay has been restored to one of the most stunning nature preserves in the U.S. Years of neglect at the hands of millions of visitors left Hanauma Bay in poor condition. But, new regulations have aided the water in returning to its former bright blue grandeur and assisted in protecting the area’s once fragile wildlife.

The Canadian Rockies are home to some of the bluest water in the world, but none quite compare to Peyto Lake. It’s located in Banff National Park, just north of Lake Louise, and amazes onlookers with its brilliant blue waters. But, what gives the lake its glowing appearance? Like many other lakes in the area, Peyto Lake is glacier-fed. The tiny rock fragments that travel downstream into the lake reflect off the sun and give it that notorious bright blue color. 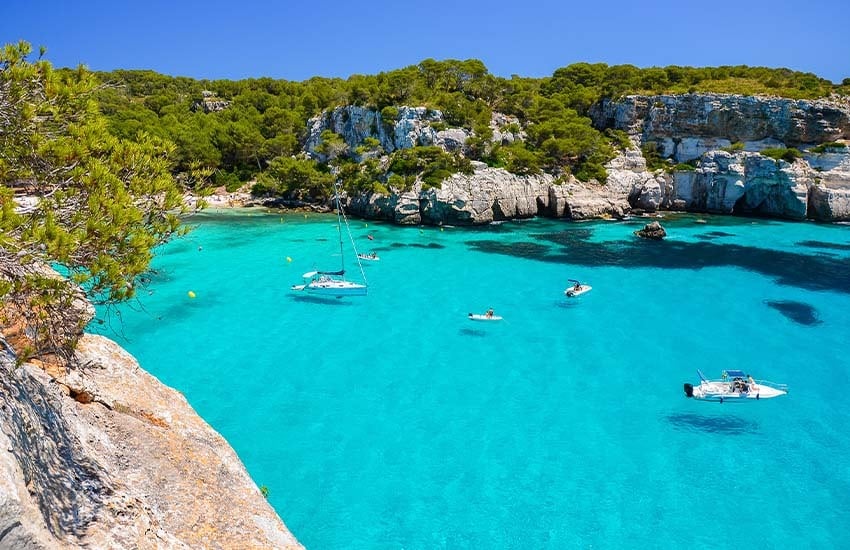 This beautiful horseshoe cove may be small in size, but it’s big on beauty. Cala Macarella has quickly become one of the most popular beach destinations in Spain thanks, in part, to its transparent waters and also thanks to its facilities. Unlike other beaches in the area, Cala Macarella offers convenient restrooms, showers, lifeguards, and a restaurant. 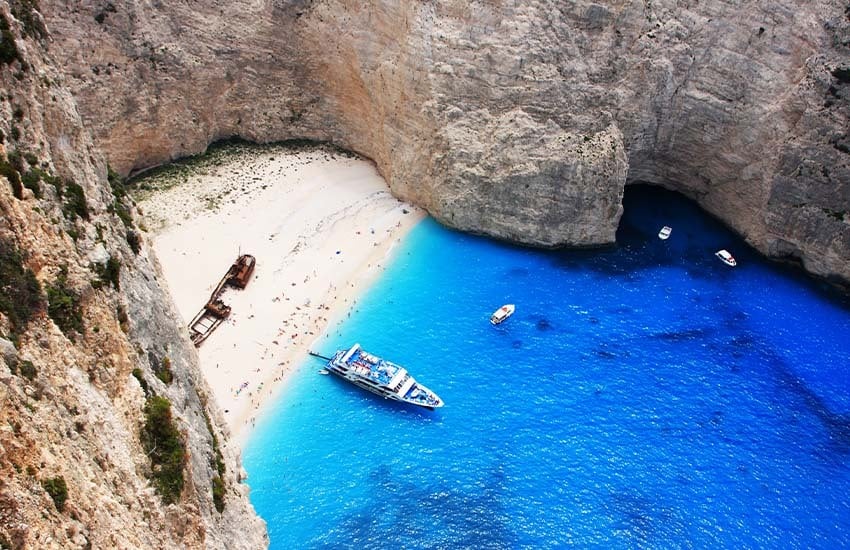 Located on the stunning Greek Island of Zakynthos is one of the most unique beaches in Europe. Surrounded by limestone cliffs, Navagio Beach is an exposed cove most famous for a shipwreck from decades ago that still lies on its shores. 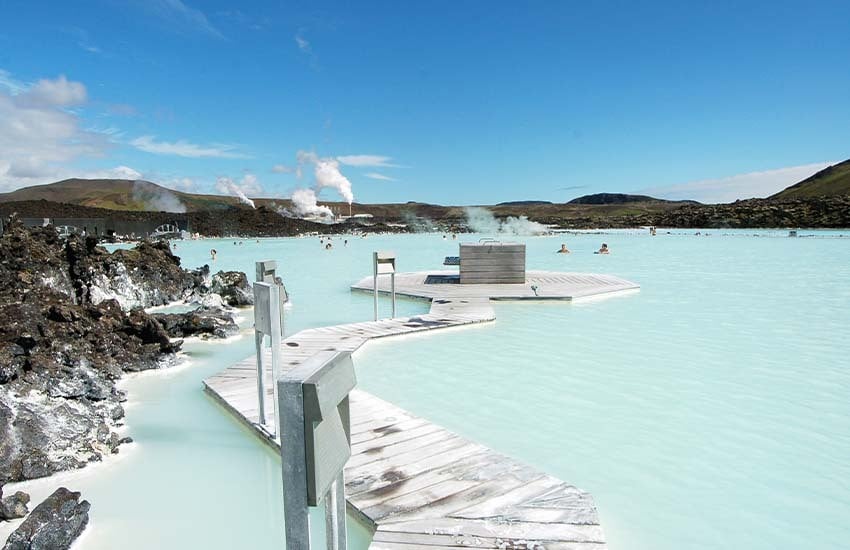 The Blue Lagoon in southwest Ireland is actually one of the 25 wonders of the world. Founded in 1992, Blue Lagoon is a geothermal, transformative spa. The natural components of the seawater, like silica, algae, and mineral salt, leave visitors feeling completely rejuvenated after bathing in the bright blue lagoon. 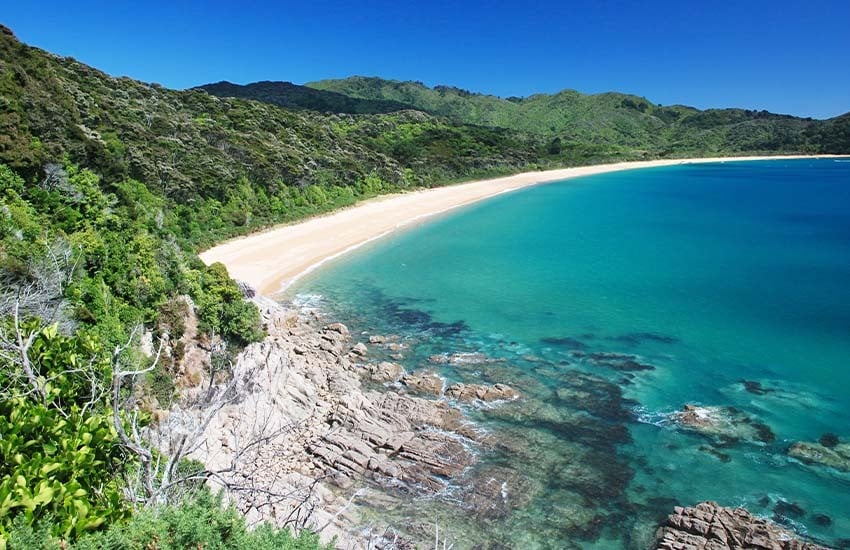 Abel Tasman not only has some of the bluest water in the world, but it can be enjoyed in several different ways. Trails allow you to explore the coast on land and the calm turquoise waters allow visitors to kayak around the bay. The sandy beaches and lush coastlines can also be observed by air with a scenic helicopter ride. 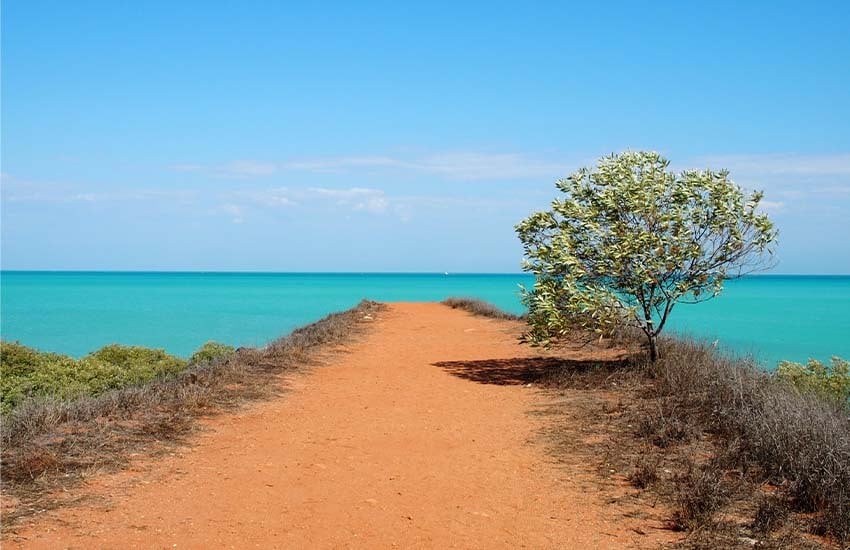 Located in Western Australia, Broome offers dozens of miles of coastline. The azure water, perfect for a day of swimming or boating, is a stark contrast to the red jagged, boulders that line the beaches. For an experience unlike any other, you can even enjoy an oceanfront sunset camelback ride.

If the bluest water in the world is your next destination, count on Luggage Free to safely deliver your baggage ahead of your arrival. Learn more today.