7 Most Grand Castles in Germany 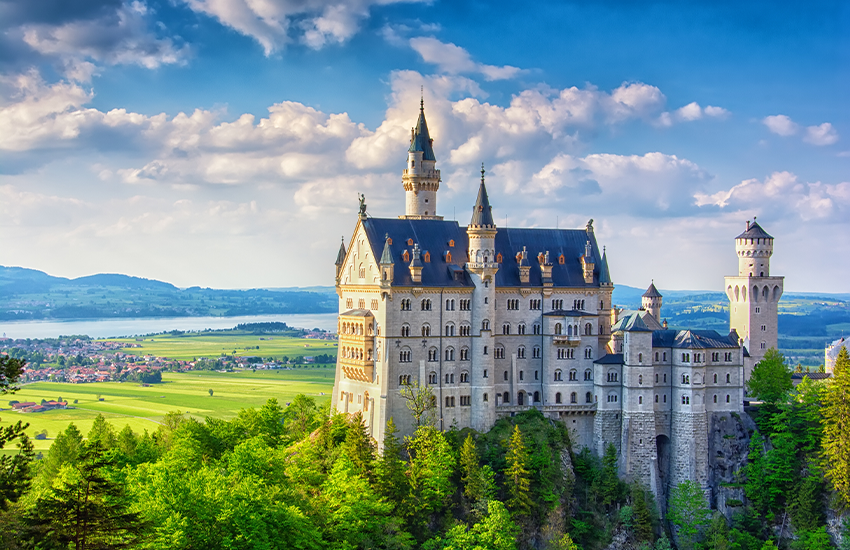 From the small hideaways tucked into the dense forests to the towering spires breaking the horizon, Germany is home to some of the most unique castles in the world. In fact, it’s reported that more than 20,000 castles can be found dotting the German landscape. Castles were a large part of the feudal system in Europe during the Middle Ages but they weren’t just for kings and queens. In fact, many knights and noblemen also lived in castles as a status symbol – which explains why there are so many of them! And while we’d love to take you on a virtual tour of the thousands of castles throughout the country, we’ve gathered only the most stunning castles in Germany below. 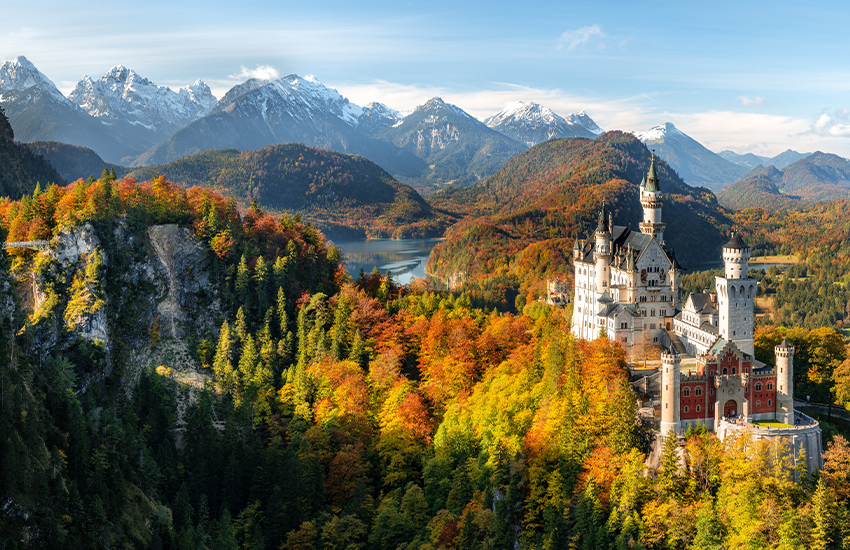 There’s no ‘Rapunzel letting down her hair’ but that doesn’t mean Neuschwanstein isn’t straight out of a fairytale. It’s one of the most recognizable and most photographed castles in Germany and has been long-admired by travelers from all over the world. Nestled in the foothills of the Alps, the castle has a total of 200 rooms and features a combination of Romanesque and Gothic architecture. 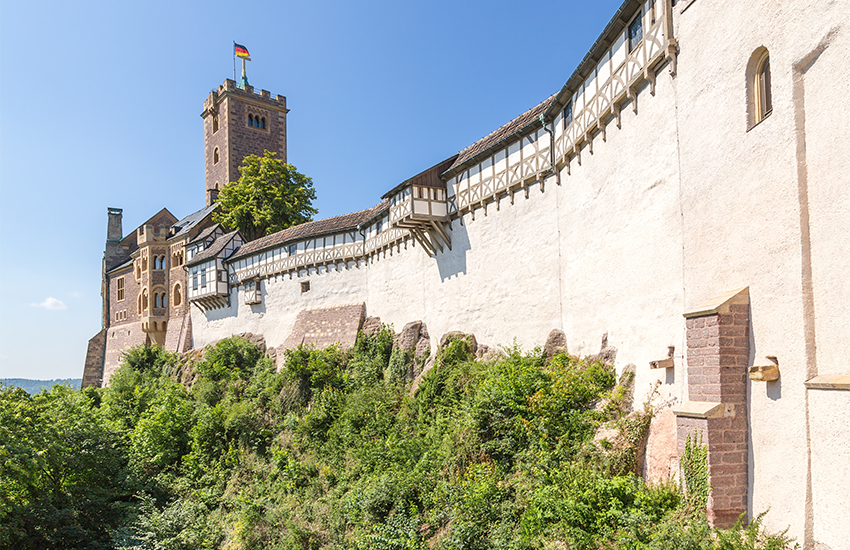 Constructed in the latter half of the twelfth century, Wartburg Castle is one of the most unique on our list. It boasts the stereotypical drawbridge, courtyard, and beautiful mountaintop setting and was the first castle in Germany to be designated a UNESCO World Heritage site. Wartburg Castle was actually where Martin Luther translated the New Testament into German. Aside from the religious implications, the translation signified the start of the written German language. 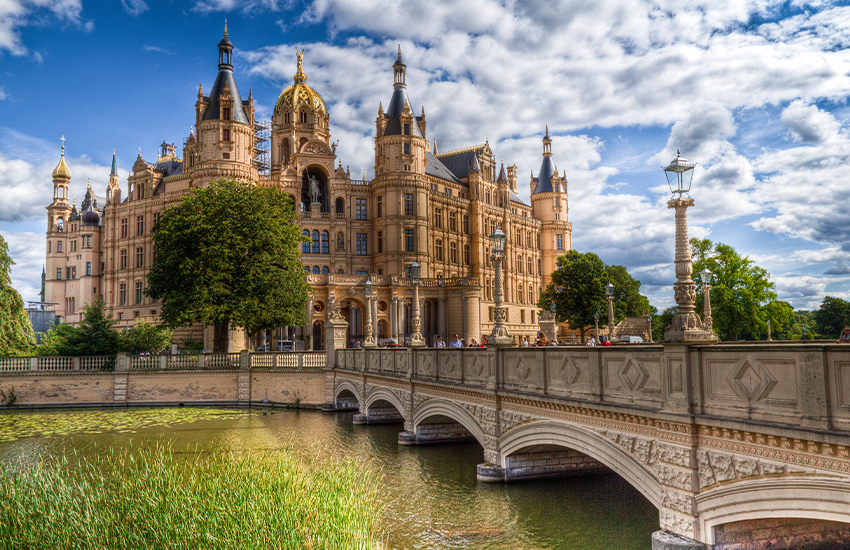 Dating back to 973, Schwerin Castle joins Neuschwanstein as a member of the Romantic Historicism style. In fact, many call Schwerin “the Neuschwanstein of the North.” But, it’s still unique in its own right. It’s one of few castles not built on a hilltop. Instead, it’s surrounded on all sides by water. The castle was modeled after a château in France and features more than 600 rooms. 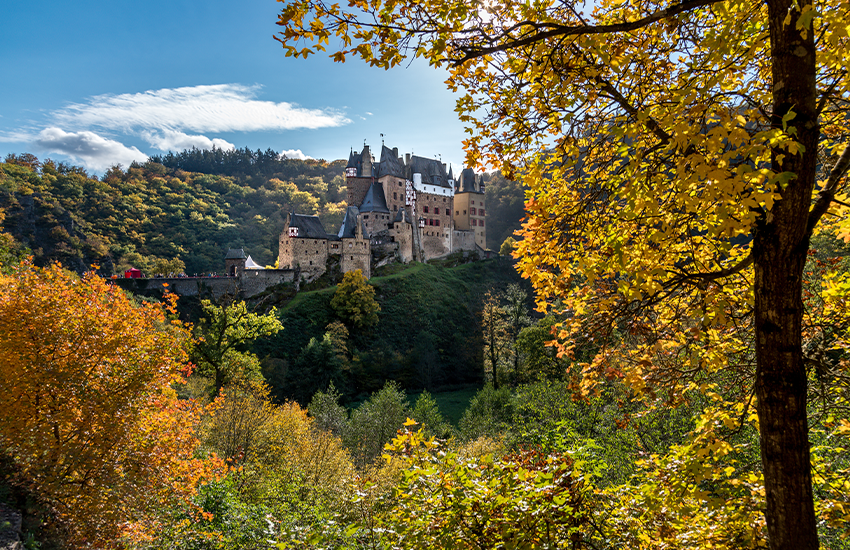 From the narrow bridge to the towering stone walls, Eltz Castle is yet another storybook destination in Germany. It’s one of the most impressive Medieval castles in Germany and has remained relatively unscathed since the twelfth century. Although the castle is perched high atop a rock, it’s surrounded by a thick forest with rare fauna and flora. The castle is also home to authentic suits of armor, several historic works of art, and more than 500 other objects including jewelry, porcelain, and weapons. 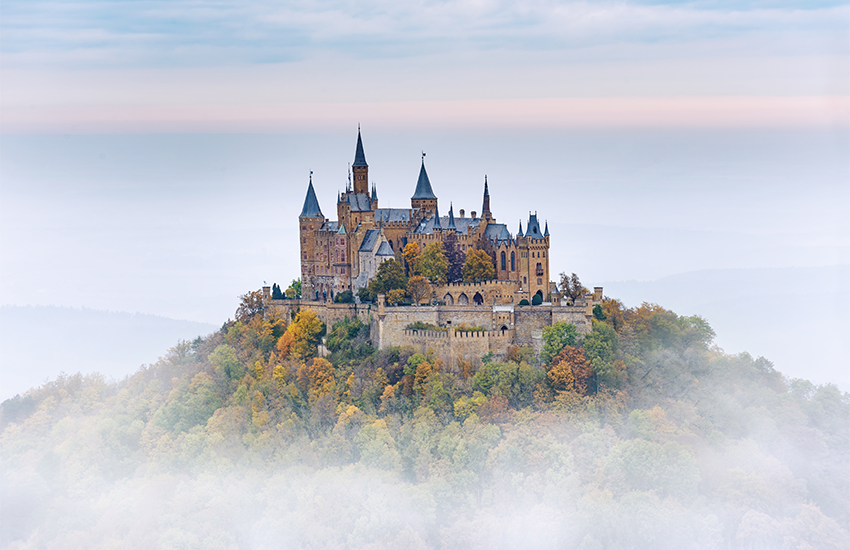 Hohenzollern Castle was actually the third to be built on the top of the mountain in Baden-Württemberg. The two previous castles built on the same site had fallen to ruins and the castle you see today was constructed in 1850. The castle belonged to the imperial family of Germany, the Hohenzollerns, who still own the castle today. 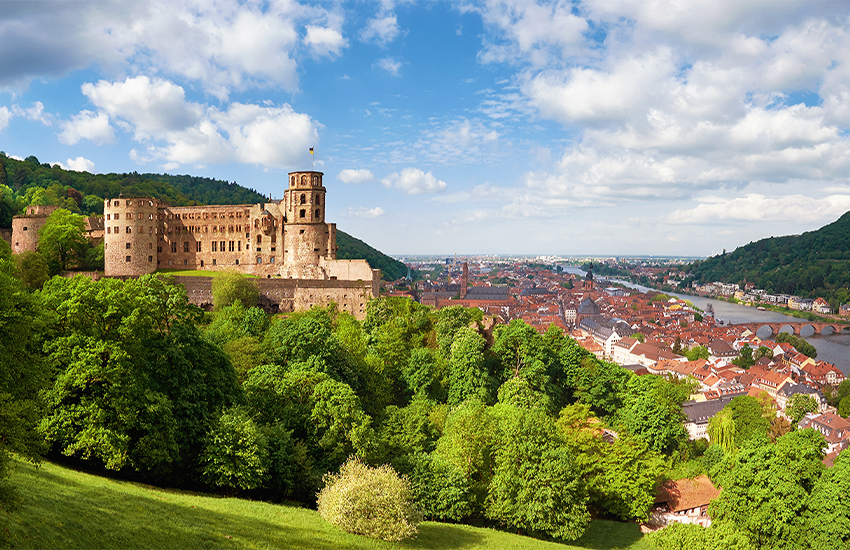 Looming over Old Town in Heidelberg with a backdrop of the Neckar River, Heidelberg is not only of the most beautiful castles in Germany but it’s arguably the most prime example of German Renaissance architecture. The interior of the castle is open for tours and the castle courtyard remains the setting for several town events including concerts, fireworks displays, and festivals. 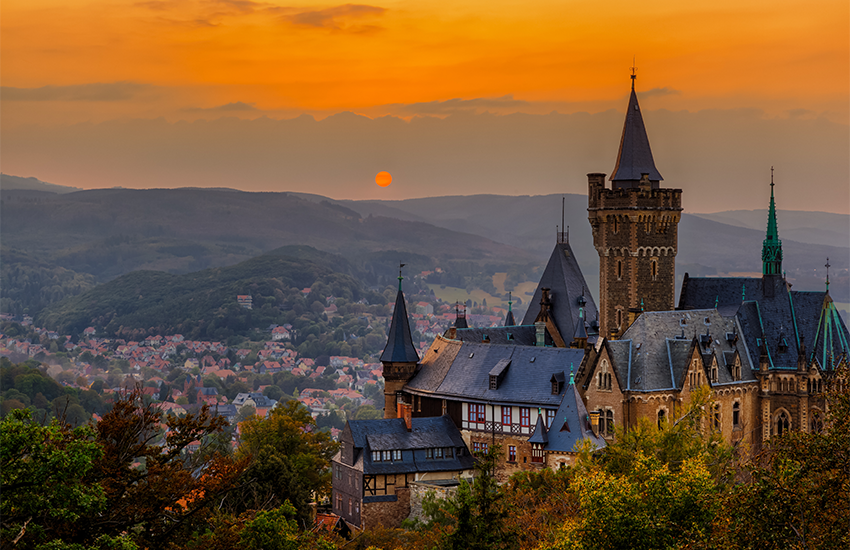 At just under 50 rooms, Wernigerode Castle may be the smallest on our list. But its opulent decor, marble fireplaces, and rich history make it one of the most incredible castles in Germany. Wernigerode underwent severe damage during the Thirty Years War and the subsequent rebuildings and renovations have transformed the castle into a melting pot of architectural styles.