9 Best Things to Do in Venice, Italy 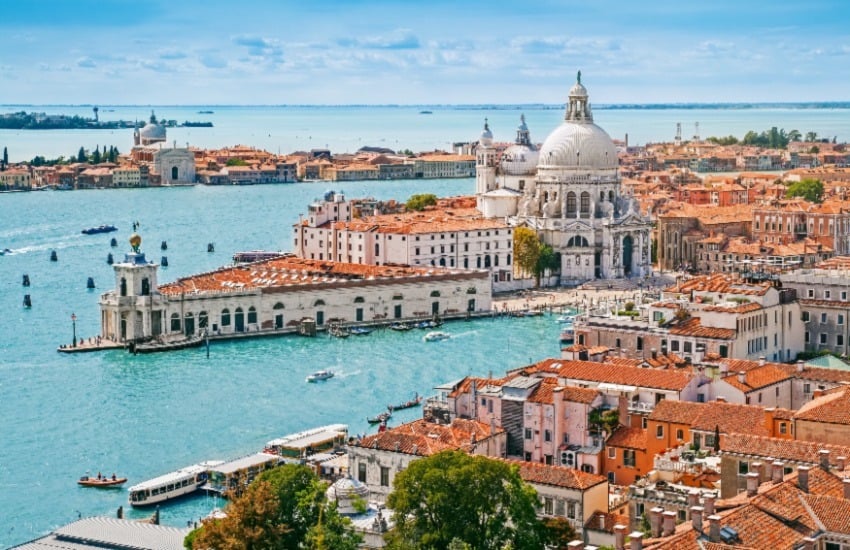 Venice is one of the most unique cities in the world and has remained a popular destination among travelers for decades. There are many characteristics that make the city one-of-a-kind, but arguably the most impressive is that the city is made up of 118 islands. Venice is also free of cars, so locals and visitors travel via an extensive network of canals to get from place to place. Ready to explore? These are the best things to do in Venice, Italy.

Best Things to Do in Venice, Italy 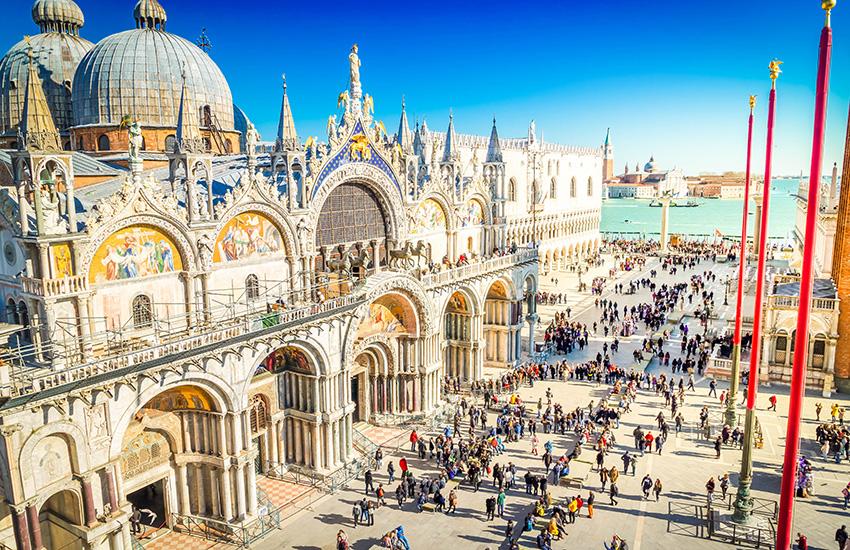 St. Mark’s Basilica is one of the most famous and recognizable structures in Venice. Construction of the present-day, Byzantine-style basilica began in 1063. Over the centuries, its undergone several architectural and design changes including massive domes, Gothic arches, mosaics, sculptures, and more. 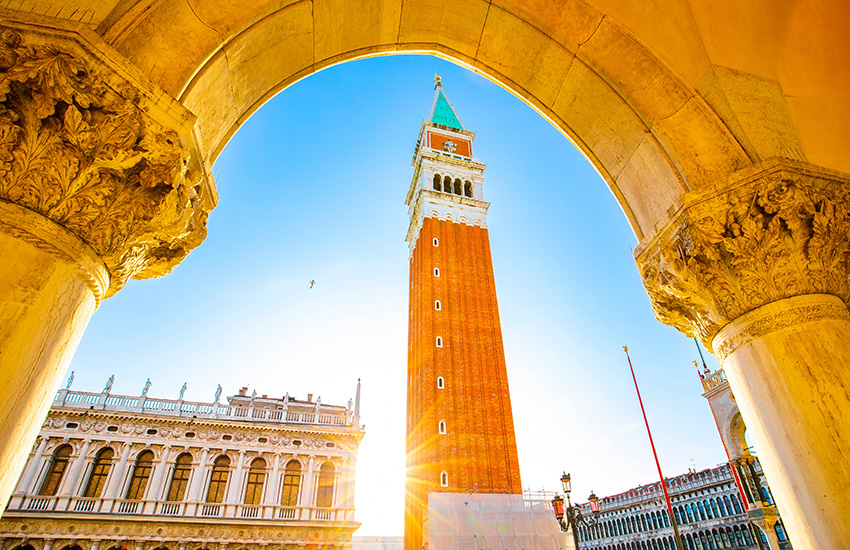 St. Mark’s Campanile, or the San Marco Campanile, is the tallest building in Venice at just under 325 feet. It was first built in the 9th century but has undergone a handful of rebuildings and restorations due to fires, collapses, and general wear and tear. We recommend purchasing tickets to climb the Campanile well in advance. And once you make it to the top, you’ll enjoy one of the most stunning, panoramic views of Venice.

3. Ride a Vaporetto in the Grand Canal 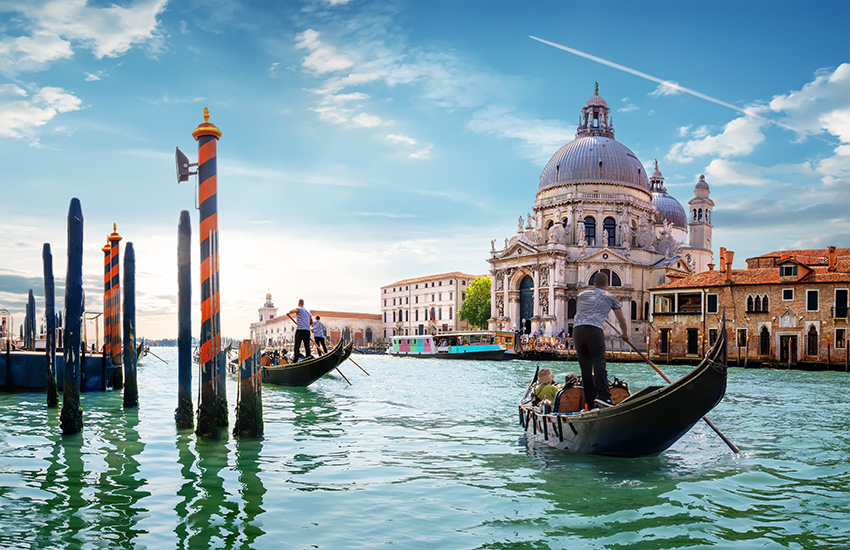 There’s no more authentic way to experience Venice than with a ride around the Grand Canal. Vaporettos are essentially water buses, ideal for transportation and sightseeing around the city. There are approximately two dozen routes to choose from, but you’ll want to select Line 1 to truly experience the Grand Canal. Line 1 zig-zags around the Grand Canal with 21 different stops including the Rialto Bridge, Piazza San Marco, and the Lido di Venezia – a beautiful barrier island in the Venetian Lagoon.

4. Take in the Views from the Rialto Bridge 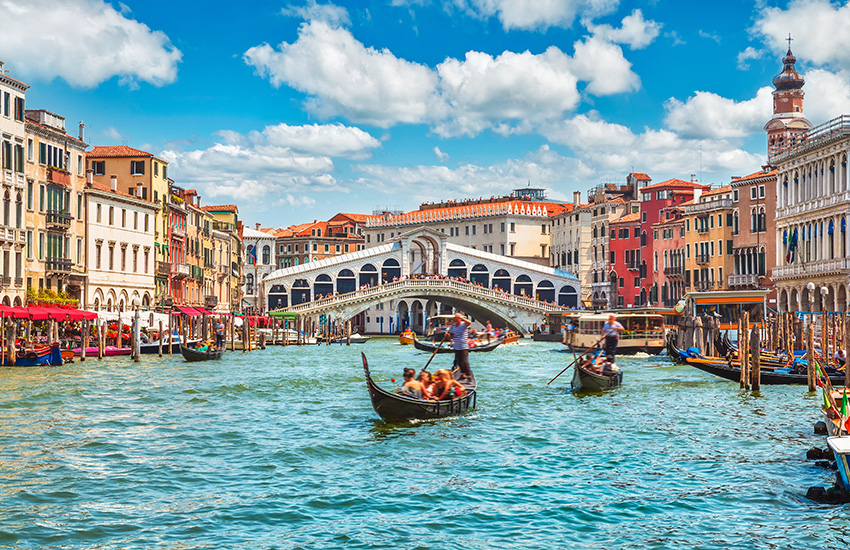 The Rialto Bridge is the oldest of four bridges crossing the Grand Canal. It’s known for its beautiful design and architecture and remains one of the most popular tourist attractions in the city. It was built in the late 16th century as part of a design competition. And because it spans the main waterway of Venice, the bridge affords beautiful views of the waterfront buildings and bustling boats. 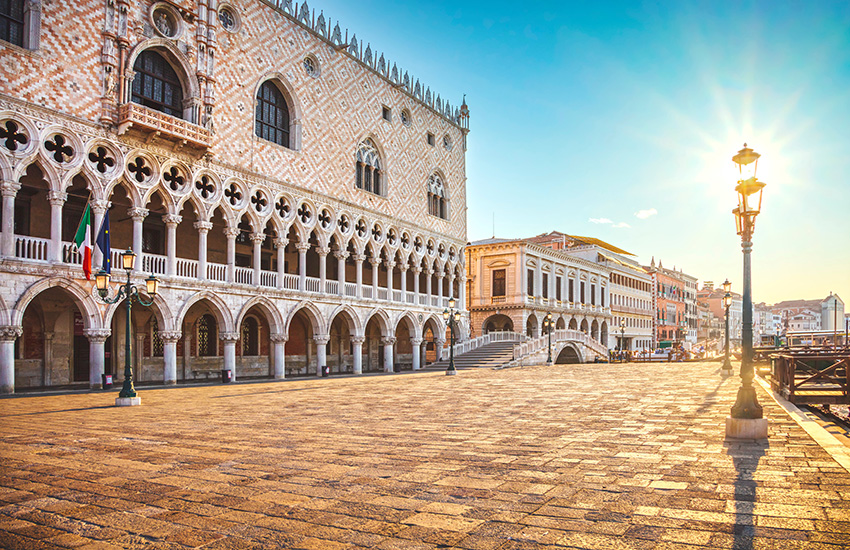 Home to the former Doge of Venice, the supreme authority of the Republic, Doge’s Palace is one of the best things to do in Venice. It was originally built in 1340 and, like many other Venetian structures, has undergone several changes over the years. Its most noted for its Gothic style with influences from Byzantine and Islamic architecture.

6. Ride a Gondola at Night 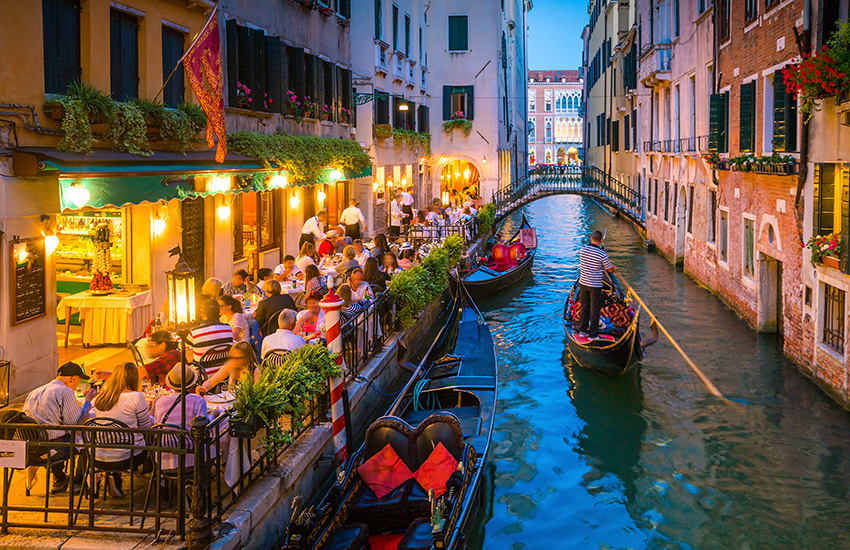 There’s nothing more romantic than a gondola ride around Venice. Add in the moonlight and sky full of stars with a nighttime gondola ride and you’re surely in for a magical night! Gondolas don’t operate 24 hours a day and most stop running around 9:00 pm or sooner depending on the season. So, if an enchanting nighttime gondola ride is of interest to you, be sure to research available times in advance.

7. See the Bridge of Sighs 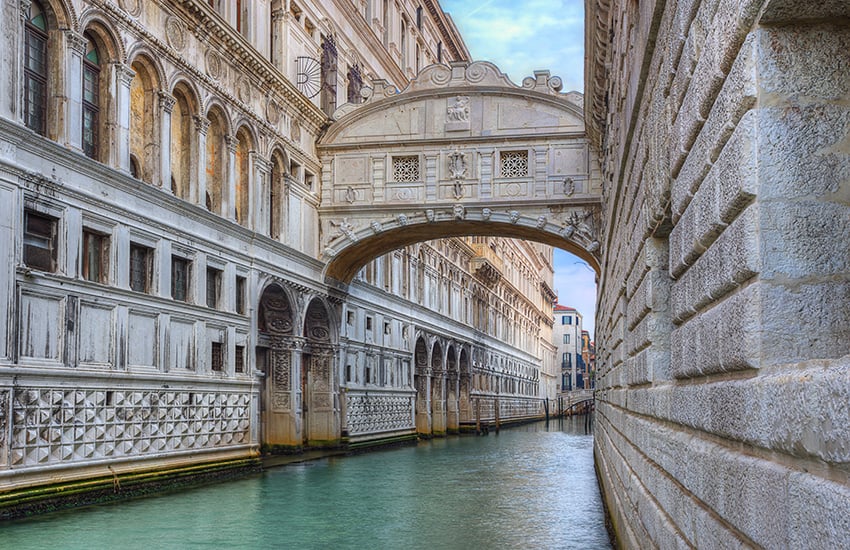 The Bridge of Sighs has quite an ominous history. It’s an enclosed bridge that passes over the Rio di Palazzo and is one of Venice’s most recognizable landmarks. It connects the interrogation rooms in the Doge’s Palace to the “New Prisons,” the first built to detain inmates. The bridge is named after the sighs of prisoners that crossed over the bridge. 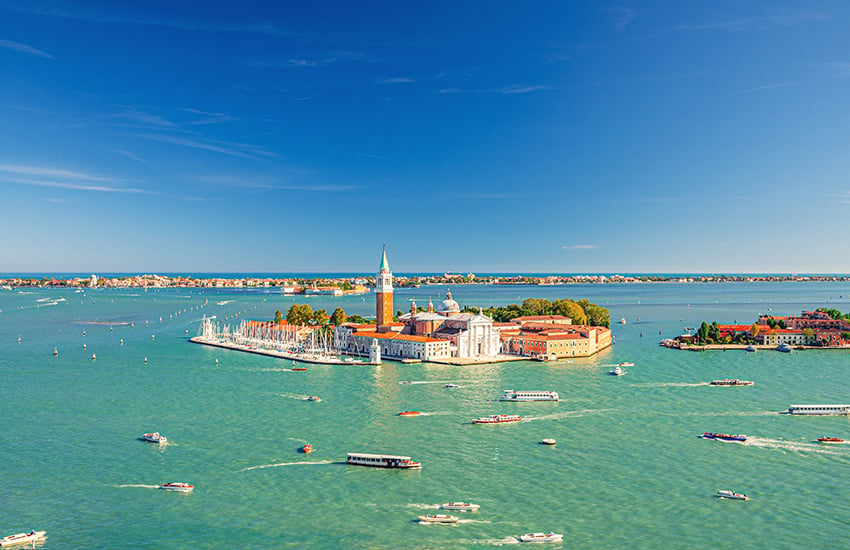 San Giorgio Maggiore is an island of Venice that’s home to a basilica of the same name. The island is only accessible by boat but it makes for a great stop on your Venetian vacation. Climbing to the top of the bell tower, or simply taking an elevator ride, offers incredible views of Venice and the surrounding waters. 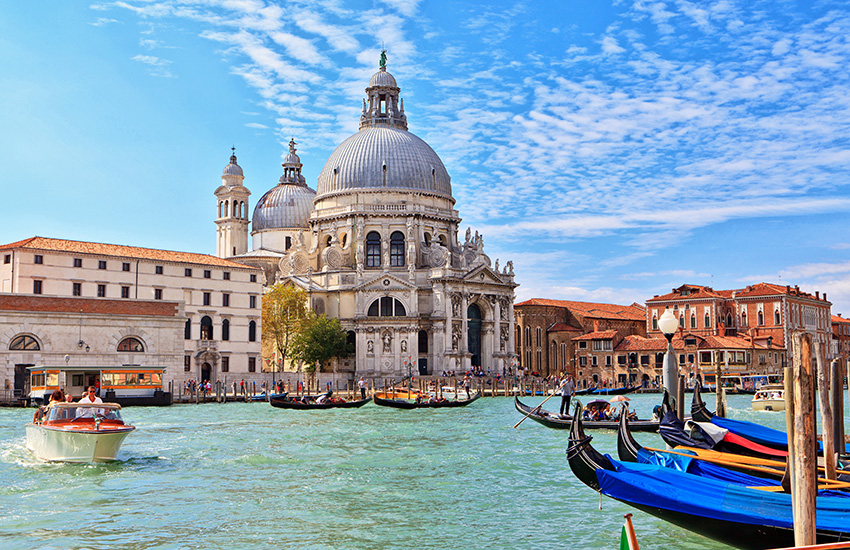 Thanks to its position near the entrance to the Grand Canal, the Basilica di Santa Maria della Salute is one of the most photographed attractions and one of the best things to do in Venice, Italy. More commonly known simply as the Salute, the magnificent building garners attention with its massive domes and Baroque architecture. It was built in 1631 to mark the end of a plague that affected a large portion of the population, hence the name “Salute” which translates to Our Lady of Health.

Are you ready to experience the best things to do in Venice? Travel to and from the Floating City entirely stress-free with Luggage Free by shipping your luggage ahead of your arrival.